Mohamed Salah is my Player of the Year - Alan Shearer 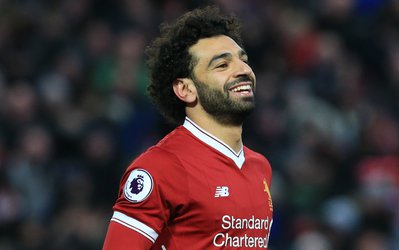 Mohamed Salah's predatory instinct despite not 'being an out-and-out centre-forward like his Golden Boot rival Harry Kane' have convinced Alan Shearer enough to name the Liverpool forward as his favourite for the PFA Players' Player of the Year award.

Last week, the Professional Footballers' Association revealed their nominees for the prize with the Liverpool forward and Kevin De Bruyne - following his heroics in Manchester City's run to the English Premier League title - headlining the shortlist.

But Shearer, still in awe of the summer signing - who operates predominantly from the flanks - after he became the eighth player to reach the 30-goal mark in the English top-flight, has chosen the player as one who would get his vote to clinch the individual accolade.

“Nobody could have predicted he would have been as red hot as he has been when Liverpool signed him last summer,” Shearer wrote in his column via The Sun.

“In fact, there were one or two eyebrows raised when the Reds paid £34.3 million for him, even if that was more because of how his time at Chelsea had gone.

“But he would now get my vote for Player of the Year.

“I said I would wait to see what happened in Liverpool’s Champions League game with Manchester City before I hung my hat on Salah or Kevin De Bruyne for that award.

“But with what Salah did in those two ties, scoring his goals and pulling his team through to the semi-final, he would now be my pick.

“De Bruyne has also been magnificent and he was again on Saturday against Tottenham.

“But I realise how difficult it is to score goals and that’s why I would give it to Salah, who now has 40 in all competitions for Liverpool.”

Salah incredible debut season at Liverpool has seen him score 40 goals in all competitions, making him the only the third Reds player to accomplish the feat, after Ian Rush, who did it twice, and Roger Hunt.